San Francisco: Microsoft is in talks to acquire TikTok, the Chinese-owned video app, according to a person with knowledge of the discussions, as President Donald Trump said he was considering taking steps that would effectively ban the app from the United States.

It’s unclear how advanced the talks between Microsoft and TikTok are, but any deal could help alter TikTok’s ownership, said the person with knowledge of the talks, who spoke on the condition of anonymity.

TikTok is owned by ByteDance, a Chinese internet company that is valued at $US100 billion ($140 billion)... ‘This Is a Real Kick in the Shorts’: Small-Town Theaters Owners React to AMC’s VOD Pact With Universal

Jeff Logan, owner of Logan Luxury Theatres, has been struggling to make ends meet for most of 2020. After being closed for months due to coronavirus, he recently reopened the three movie theaters he runs in South Dakota, screening classics like Indiana Jones and Star Wars. But ticket sales are slow and Logan’s cinemas are not making enough to cover their rent.

Now, he’s concerned a new deal struck between Universal Pictures and AMC Theaters could deliver a gut punch. Under their new pact, the two companies have agreed to shorten the amount of time that new movies from Universal play exclusively in AMC’s cinemas before customers can rent them at home...

Alan Parker, director of Midnight Express and Evita, dies at 76

London: Filmmaker Alan Parker, one of Britain’s most successful directors whose movies included Bugsy Malone, Midnight Express and Evita, has died at the age of 76, his family said.

In a statement, the family said Parker died on Friday in London after a long illness.

Parker was born in London in in 1944 and, like many other aspiring British directors including Ridley Scott, began his career in advertising.

He moved into television with critically acclaimed 1974 drama The Evacuees, which won an international Emmy Awa... Courteney Cox Will Return as Gale Weathers in ‘Scream’ Reboot

Courteney Cox will reprise her role as news reporter Gale Weathers in the upcoming “Scream” reboot.

Spyglass Media Group and Paramount made the announcement Friday and said filming is expected to begin later this year in Wilmington, N.C. “Ready or Not” directors Matthew Bettinelli-Olpin and Tyler Gillett are helming the reboot from a script by James Vanderbilt (“Murder Mystery,” “Zodiac,” “The Amazing Spider-Man”) and Guy Busick (“Ready or Not”).

David Arquette announced in May that he would reprise his role as Sheriff Dewey Riley in the upcoming reboot. Plot details for the reboot are under wraps.

The original “Scream” debuted in 1996 with Neve Campbell starring as Sidney Prescott, the target of the Ghostface killer, who had a look inspired by the Edvard Munch pa...

Actor Bryan Cranston has revealed that he contracted COVID-19. Now recovered, he is donating plasma to aid scientific research and is encouraging others to do so.

In an Instagram post, the Breaking Bad star sought to boost the morale of those suffering from the illness.

“About now you’re probably feeling a little tied down, restricting your mobility and like me, you’re tired of this,” he wrote. “Well, I just want to encourage you to have a little more patience. I was pretty strict in adhering to the protocols and still… I contracted the virus.”

In the post, Cranston said he “was one of the lucky ones” because he only had mild symptoms.

“I count my blessings and urge you to keep ... 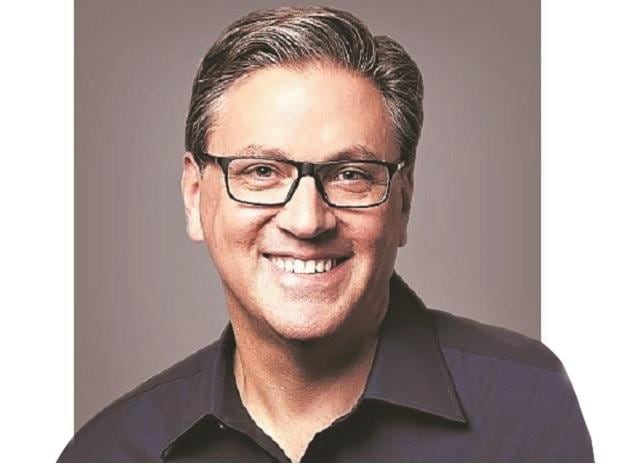 Variety has promoted Angelique Jackson to film and media reporter. In her new role, Jackson will cover the major Hollywood studios and streaming services, as well as the indie film scene. She will also contribute in-depth interviews and profiles of the industry’s top decision-makers and creative talent for print, online, and video.

Jackson joined the trade publication in 2019 as an events and lifestyle producer. In that capacity, she covered awards shows, premieres, and film festivals. But Jackson’s contributions extended beyond the red carpet. She recently co-wrote a cover story on Black representation in Hollywood with senior TV writer Elaine Low, which examined the entertainment business’s legacy of exclusion in the wake of calls for it to diversify.

“Since my desire to pursue a...

Duty of care: COVID-19’s deadly progress through our aged homes

Cheryl Mcqueen feels like she is living on death row.

But the nursing home she lives in – Arcare in Craigieburn – is riddled with the deadly virus.

As of July 31, there were 44 active cases at the home, including 20 residents, 21 staff, two allied health workers and a caterer. Seven residents have died.

“It’s terrifying,” Mcqueen says. “They are dying here, they are not dying in hospital.”

Mcqueen has been isolated in her room since July 12.