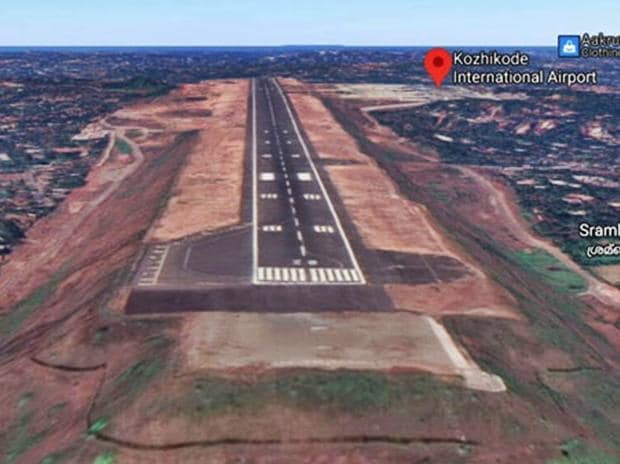 The gruesome plane crash at Kozikhode, in which at least 18 people were killed, has brought into focus the danger of operating flights at airports having tabletop runway like the one in Sikkim that came into existence two years back.

Spread over 201 acres, Pakyong airport is located in Pakyong town about 31 km from Gangtok.

Located at a height of 4646 ft, Pakyong airport is one of the five highest airports in India.

The first greenfield airport constructed in the Northeast, Pakyong airport was inaugurated by Prime Minister Narendra Modi on September 24, 2018.

Constructed by the Airport Authority of India at an estimated cost of Rs 605 crore, it is an “engineering marvel” for its soil reinforcement and slope stabilisation techniques keeping in view the altitude it was built at.

It’s the 100th operational airport in India, and the only airport in the himalayan state of Sikkim.

Pakyang airport is among the select tabletop runways in India that include Mangalore in Karnataka, Kozikhode in Kerala, Lengpui in Mizoram besides Shimla and Kullu in Himachal Pradesh.

A tabletop runway is located on top of a hill or a plateau with one or both the ends overlooking a gorge.

The airport has a 1.75 km runway with a width of 30 metre. It has a 116-metre-long taxiway connecting it to an apron measuring 106 metre by 76 metre that can simultaneously accommodate two ATR-72 aircraft.

The airport has 3,000 sq metre terminal building and has a capacity to handle 50 in-bound and as many out-bound passengers.

The Sikkim police has been entrusted with the security of the Pakyong airport.

Integrated structures comprising an ATC tower-cum-fire station, one terminal building for passengers, high-intensity runway lights, parking for over 50 vehicles are some of the features of the airport.

The reinforcement wall of the project is 80-metre-high, one of the tallest in the world.

However, commercial flight operations have been hampered by low visibility due to poor weather conditions, being originally planned and designed as a Visual flight rule (VFR) Airport.

Due to these visibility issues along with agitation from the local villagers, strip area issues and inaction by local administration, the airport’s only commercial passenger airline SpiceJet stopped flight operations to the airport from June 1, 2019.

“A resumption of flight operations has not yet been finalised by SpiceJet,” a senior official of the Sikkim Tourism department said while refusing to be quoted.

The officer further said that technical aspects have also been hampering flight operations at the first and only airport with tabletop runway in the state.

“Private airline authorities have been facing a number of issues, which means flight operations will be halted indefinitely,” the officer added.

The issues include a lack of Instrumental Landing System (ILS), radar and adequate runway area.

Currently, the runway is only two-kilometres long and 80m wide as against the minimum mandated 150 metre.

Presently, aircraft land and take off as per visual flight rules. If an ILS is installed, aircraft can land within a distance of 50m, say experts.

Fluctuating weather is a major challenge because of which the flight operations were cancelled for nearly 20 days in a month.

Due to repeated cancellations, private carrier SpiceJet has found it tough to continue operations, states the officer.

The minimum visibility required to be five kilometres, sometimes drops to a mere 1,200m, sources in the airport said.