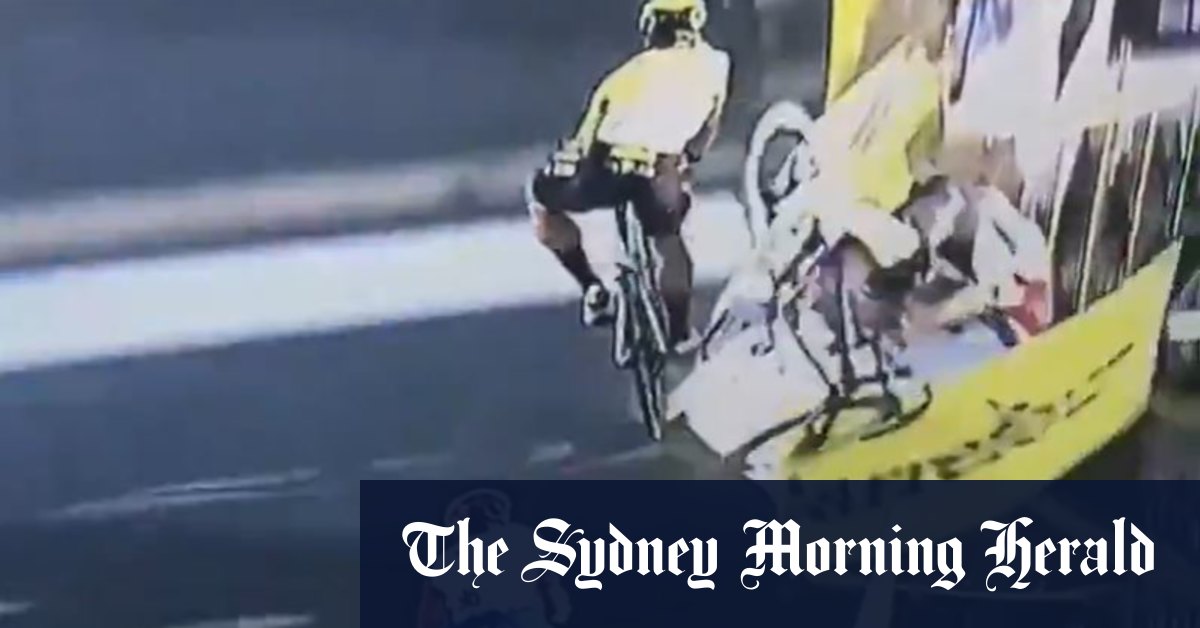 A horror crash in the first stage of the Tour of Poland has left a rider in hospital fighting for his life and another disqualified.

Vision of the incident shows Dylan Groenewegen veering across the road in a sprint to the line when he and Fabio Jakobsen collide. Jakobsen crashed through the barriers and hit an official. He was airlifted to hospital.

“His condition is very severe. There is a danger to his life,” race doctor Barbara Jerschina told the BBC.

“Unfortunately, it is quite a serious injury to the head and brain. He has lost a lot of blood. He is very strong. I hope he will survive.”

In a statement, the governing body said: “The Union Cycliste Internationale (UCI) strongly condemns the dangerous behaviour of rider Dylan Groenewegen (Jumbo-Wisma), who sent Fabio Jakobsen (Deceuninck-Quickstep) into the barriers a few metres from the finish, causing a collective crash at the end of the first stage of the Tour of Poland.

“Groenewegen was disqualified from the race by the commissaires’ panel.

“The UCI, which considers the behaviour unacceptable, immediately referred the matter to the Disciplinary Commission to request the imposition of sanctions commensurate with the seriousness of the facts.

“Our Federation is wholeheartedly with the affected riders.”

The Deceuninck-QuickStep team said Jakobsen was in the hands of doctors.

The Jumbo-Visma team wrote on Twitter: “Our thoughts go out to Fabio Jakobsen and other people involved in today’s terrible crash in the Tour of Poland – crashes like these should not happen.”

Officials are yet to declare a winner of the 195.8km stage as Groenewegen had crossed the line first before his disqualification.

Kathryn Wicks is Managing Editor at The Sydney Morning Herald.