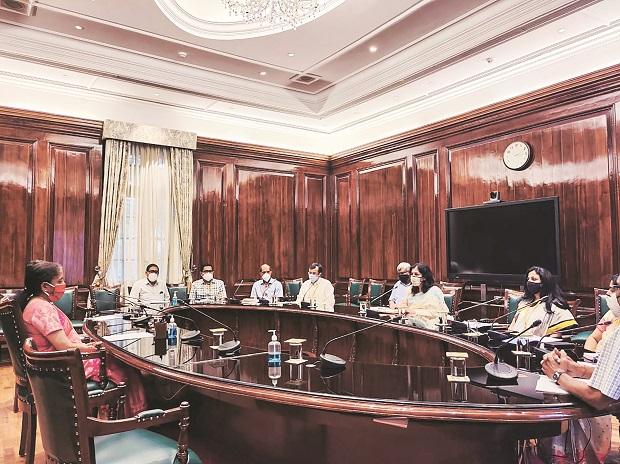 Terming the two options proposed by the Union government as “unconstitutional,” “illegal” and “a betrayal of the spirit of cooperative federalism,” key opposition-ruled states pressed the Centre to borrow in order to compensate states for the entire goods and services tax (GST) shortfall ‘regardless of Act of God’.

While six states – Kerala, Telangana, Chhattisgarh, Delhi, Punjab and West Bengal – huddled over a video-conference meeting on Monday to thrash out a strategy to take on the Union government, some states separately shot off letters to the Centre, expressing disapproval of putting the onus of borrowings on states.

Tamil Nadu chief minister Edappadi K Palaniswami wrote to Prime Minister Narendra Modi, arguing that the Centre had a moral and legal obligation to compensate states for the GST shortfall.

The finance ministry on Saturday officially communicated the finer details of the two options to states to make up for the compensation shortfall by way of borrowings.

The first option is to only borrow up to Rs 97,000 crore which is a shortfall arising out of GST implementation via a special window by the Reserve Bank of India. The other option is the entire Rs 2.35 trillion, which accounts for the Covid-19 situation through the issue of market debt.

Punjab finance minister Manpreet Singh Badal pegged the total revenue loss at Rs 4.5 trillion till the end of the compensation period, which he argued, will require more than 4-5 years to repay rather than 2-3 years that is being believed.

“We take both the options with great regret as a clear breach of the solemn and constitutional assurance by the central government. We believe this is betrayal of the spirit of cooperative federalism that formed the backbone of the GST journey so far,” said the letter.

Badal contested the Centre’s estimation of GST-loss, assuming a 10 per cent growth and attributing the rest to the pandemic. “This makes the whole exercise of calculating losses arbitrary, one sided and devoid of any legal justification. GST revenues were growing at about 4 per cent in the pre-Covid year 2019-20. The GDP growth in 2019-20, Q4 in particular, had also significantly slowed down. We believe that applying a rate of growth of 10 per cent to project a higher revenue loss due to Covid-19 is over-simplistic, statistically incorrect, besides being legally unsound,” Badal added.

Kerala finance minister Thomas Isaac, who was part of the opposition-ruled state finance ministers’ meeting, pointed out that it was decided that the central government must borrow the entire compensation, “regardless of Act of God, humans or natural, to be paid back by extending the period of cess,” he said.

Chhattisgarh finance minister T S Singh Deo tweeted that, “it was agreed among states that the Centre should make good the shortfall and most importantly only move through consensus in the GST Council instead of trying to push its agenda.”

Tamil Nadu CM, wrote in his letter to Modi, said that borrowing from the market by states will be administratively difficult to implement and more expensive.

West Bengal finance minister Amit Mitra also rejected both options and had said on Sunday, “In the name of Act of God, a huge debt is thrust on states. States finances will lose its health and that will lead to crushing federalism.”

Punjab sought constitution of a group of ministers (GoM) to deliberate on the matter and make recommendations in a time-bound period of 10 days.