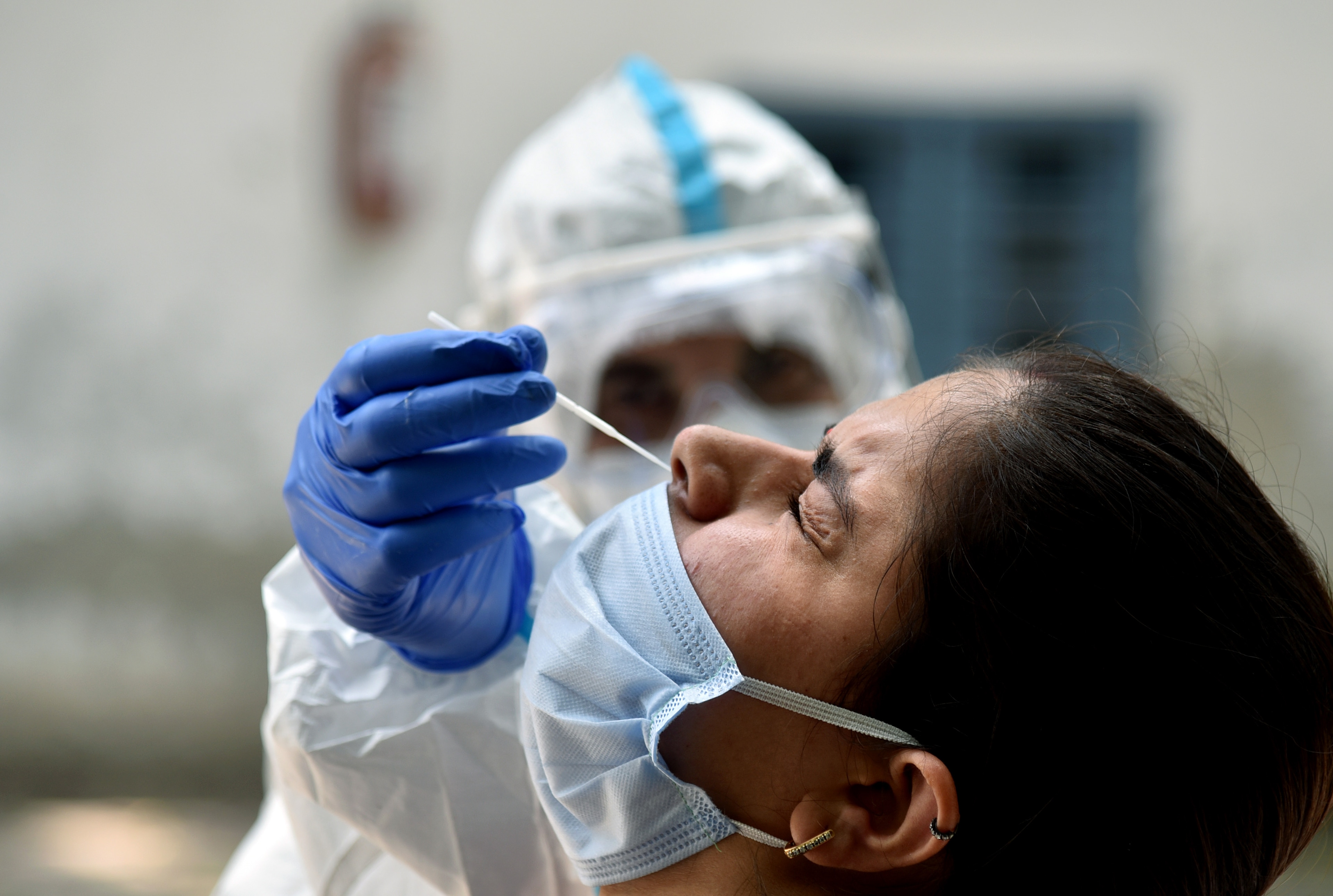 Delhi’s ventilators filling up: Delhi government data shows that nearly half the ventilator beds have been occupied. 59 of the city’s 79 private hospitals with ventilators are either already at full capacity or about to reach it. The national capital has 1,216 ventilator beds, of which 702 are in government hospitals and 514 in private ones. Further, doctors say that most beds are occupied by migrants and not residents. Authorities, however, are not very worried as beds are still available and deaths have not surged so far. Another trend that has been noticed is that private ventilator beds are filling up while government hospitals still have free beds. Some doctors suggest that rise in ventilator occupation at this stage is because only serious cases are going to hospitals. Besides, Delhi has been witnessing a surge in cases in recent weeks. Read more here.

Door-to-door campaign: This has been a difficult year for schooling because of the pandemic. To help as many children as they can, school management committees (SMCs) are now running a door-to-door campaign to find parents wanting to admit their children to government schools. The admission process has moved online and SMCs want to ensure that this process is accessible and understandable to families of potential students. With the deadline only a few days away, these groups are now visiting working class localities to explain the process, documents needed, and so on. The campaign has been successful as many families can’t afford to send children to private schools anymore and were not aware of the digital mode of application for government schools. Read more here.

Maharashtra’s assembly session: Maharashtra assembly is supposed to hold a session on Monday and Tuesday, even as cases surge in the state. Over 1,000 people are expected to frequent the state assembly during the session and several MLAs will be leaving no stone unturned to prevent contracting the virus. Raju Awale, a Congress MLA, what bought a full-body PPE suit and will be staying with a friend at Colaba. Other MLAs have called for thorough sanitising of their official quarters. Some plan to carry their own food from home with a couple of them even planning to bring Kadhas (herbal concoctions) along. Lawmakers will also be avoiding hosting meals and get-togethers during this session. Each MLA will also be given a Covid kit before entering the house. Read more here.

Critical care for children hit: The nationwide lockdowns imposed to curb the pandemic led to widespread fears of malnutrition as the grip of hunger and poverty tightened over working class families in India. Now, government data shows that children at high-risk of mortality were also bereft of critical in-patient care at special wards as most were shut down. Some of them were turned into Covid quarantine centres. The number of children admitted to Nutrition Rehabilitation Centres (NRC) during April-June was a small fraction of the amount for year-ago period. This is a cause for alarm as two in every three deaths among those aged under five are due to malnourishment. At these centres, children get medical and nutritional care and their mothers are counselled on best practices. Public health experts now warn that the effects of this disruption will be visible over time and course correction strategies have to be applied at the earliest. Read more here.

Tragedy at Murthal: Sonipat’s Murthal is famous for its dhabas. However, the place bears a deserted look ever since 75 staff members of two dhabas tested positive for the virus. Sixty five of them are from the iconic Amrik Sukhdev dhaba. Even as staff members of other dhabas await their Covid test results, precautionary measures have been stepped up at all eateries. Staff have now been advised to regularly consume a special kadha recommended by the AYUSH Ministry. Regular sanitising practices and wrapping utensils with cellophane sheets are other measures adopted by staff. Besides, most eateries now have sanitiser dispensers and even thermal screening units. Thousands had visited the place in the last week and exact numbers are not available. However, authorities say contact-tracing efforts are now on. Read more here.

Tummy troubles in kids point towards Covid: A new study has found that an upset stomach in children could actually be a symptom of coronavirus. Experts now say that vomiting and diarrhoea could be the earliest clues of the virus among kids, in addition to flu-like symptoms, fever and a loss of sense of smell and taste. There have even been calls to revise the list of symptoms in view of these findings. An expert says that, among those aged 2-15, the current list of symptoms can help identify 76% of the cases but the rate shoots up to 97% when stomach issues are also taken into consideration. With flu season around the corner and children being susceptible to influenza, this new finding can make it easier to spot the virus in children. Read more here.