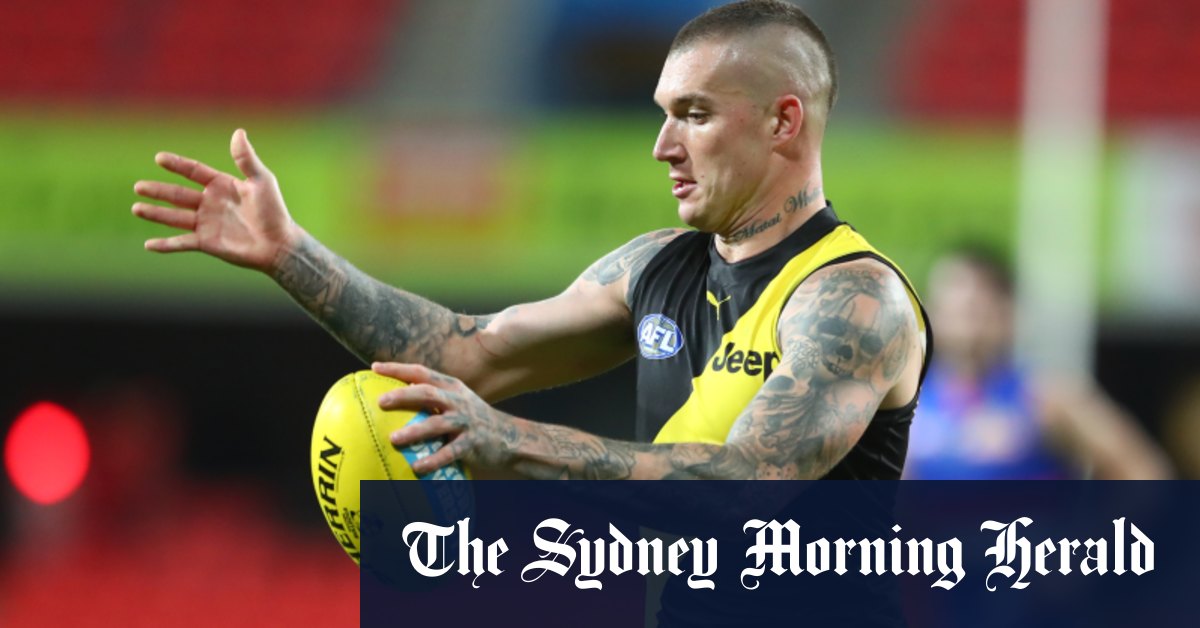 Make that seven scoring shots for Brisbane this quarter for 0.7. The Tigers have had one scoring shot this term for 1.0.

Five scoring shots to one in this third term in Brisbane’s favour, yet Richmond kick a goal and the Lions have five behinds.

A bad turnover in the centre of the ground saw the Tigers send the ball down the other end of the ground to Riewoldt, who marked and then snapped his third.

Earlier, Lincoln McCarthy took advantage inside 50 after his side won a holding the ball decision, but his snap on goal was touched on the line.

A massive contested pack mark to Jarryd Lyons, but he misses yet another shot on goal for the Lions.

And now another miss! Callum Ah Chee hits a front and centre contest deep inside forward 50 but misses on the opposite foot.

The Lions have had 51 disposals to Richmond’s 24 this term.

A long set shot from Connor Ballenden has hit the post, and Charlie Cameron has missed a set shot.

The Lions just aren’t able to find that kick through the corridor like they did in the first term.

They’ve had more of the ball this term but it’s all been uncontested and wide down the line.

The Tigers’ ability to guard the corridor and put the Lions under pressure has been elite.

Third term underway; Cam Rayner has the tracksuit on and it looks like he’s been ruled out with a hamstring injury.

While we’re in a break, I’ll let you know about the ins and outs for tomorrow night’s games.

The Cats have named five changes for their match against North Melbourne, including the inclusion of Joel Selwood. Jack Steven has also been selected among five changes. Esava Ratugolea, Gary Rohan, Jake Kolodjashnij and Brandan Parfitt have been managed.

The Roos have welcomed back Ben Brown and Jared Polec too.

Meanwhile, the Melbourne against Adelaide match also entails a number of changes.

The Crows have eight ins and eight outs. Tex Walker and Tom Doodee are among the ins, while Rory Atkins and Bryce Gibbs have been omitted.

Oscar and Tom McDonald have been dropped from the Demons side, while Harley Bennell returns.

Check this out, arguably the highlight of the match so far.

Skinner had a moment to forget in that second term, marking 20 metres out but dribbling his shot on goal for a behind.

Cam Ellis-Yoleman will also want to have greater impact in the second half after having just four touches to the main break.