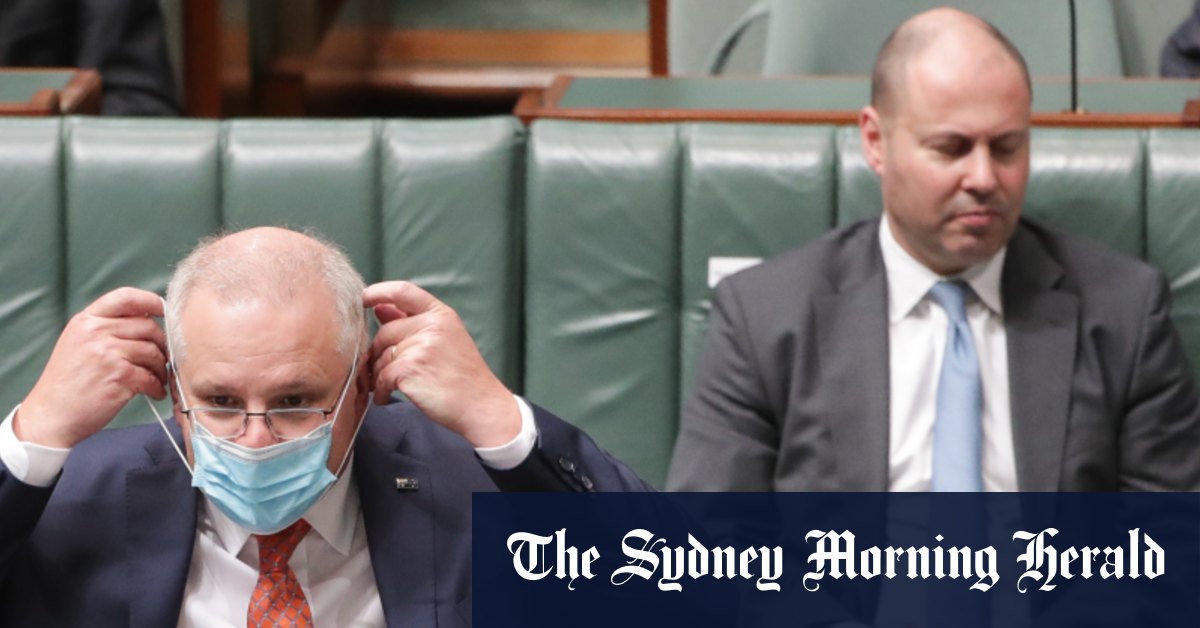 From the first days of the pandemic it was self-evident this was a twin-barrelled health and economic crisis. In the initial frenetic efforts to protect the community from the virus, governments across Australia were faced with the unenviable task of shutting down much of the nation’s economic activity. This week starkly revealed the dire consequences of those actions.

On Wednesday it was confirmed that Australia had suffered its deepest economic contraction since the 1930s, with figures showing GDP collapsing by 7 per cent through the June quarter. While it may compare favourably with other nations, the financial hit for many individuals and businesses is going to be crippling. There is a growing expectation that thousands of companies will go broke at the end of this month when rules to help them hibernate through lockdowns are due to end.

And the health crisis hit another grim marker on Friday when Victoria added another 59 to the tragic tally of deaths as a result of COVID-19, causing Australia’s death toll to climb above 700. While still far short of the many thousands who died during the 1918 Spanish flu pandemic, it has slowly but surely become a story of personal tragedy for hundreds of families.

The two-track crisis has put enormous pressure on governments, who are being called upon in an unprecedented way to enforce a degree of social distancing that will protect our health while attempting to forge a path to easing restrictions with the right policy settings to generate an economic recovery.

The battle over the closure of the Queensland and New South Wales border has become a most public and heated stoush and illustrates the difficulty of resolving this conflict of priorities. While Queensland Premier Annastacia Palaszczuk, who goes to polls at the end of October, sees it through the lens of protecting the health of those within her state, the federal Coalition is frustrated by the constraints hard lockdowns place on the economy.

Prime Minister Scott Morrison made some progress in national cabinet on Friday in resolving the issue, with all states except Western Australia agreeing to commit to opening their borders by the Christmas holiday period. After the six-week strict lockdown in Victoria, Premier Daniel Andrews is under intense pressure from the business community to speed up the easing of restrictions. But the Premier is pushing back hard, adamant that his highest priority is to ensure there is not another surge of infections.

You only need to look beyond Australia’s borders to see what happens when economies have opened too quickly. Spain is well into a second wave, with positive cases growing quicker than in any other part of Europe. It is mostly being put down to an insistence on reopening nightlife and group activities far quicker than most of its European neighbours. And the US has become a case study in the calamitous consequence of lifting restrictions well before COVID-19 positive case numbers were low enough to justify it.

That is not a situation Australia wants. There appears little support for calls to suddenly end restrictions entirely in Victoria from such people as former prime minister Tony Abbott, who accused Mr Andrews of overseeing a “health dictatorship” by putting Melburnians under “house arrest”.

But there an argument for greater flexibility. New South Wales has shown that if community transmission of the virus is low enough and testing and contact tracing systems are robust enough to deal with occasional outbreaks, then restrictions can be eased enough to begin the repair job on the economy. It also means that elimination of the virus does not need to be a necessity. The states must work with Mr Morrison on establishing a workable definition of a hotspot to guide the reopening of borders.

Victoria has learnt the hard way what happens when its systems are not up to scratch. While the hotel quarantine inquiry is revealing a litany of errors in the way the scheme was managed, leading to the second surge in cases, what is not getting the same level of scrutiny is the inability of the contact tracing system to keep the outbreak in check. Victorians are being assured that is no longer the case. There would be little forgiveness if that were proven wrong.

Australians have shown that they care more about saving lives than saving the bottom line. It is a quality to be admired. Looking after our most vulnerable has come out ahead of concerns about our growing debt levels. But people do need to get back to work, businesses do need to reopen, the economy does need to find its feet again. Our premiers must work prudently with Canberra to ensure this happens.

Note from the Editor

The Herald editor Lisa Davies writes a weekly newsletter exclusively for subscribers. To have it delivered to your inbox, please sign up here.

Since the Herald was first published in 1831, the editorial team has believed it important to express a considered view on the issues of the day for readers, always putting the public interest first. Elsewhere, we strive to cover a diversity of views without endorsing any of them.