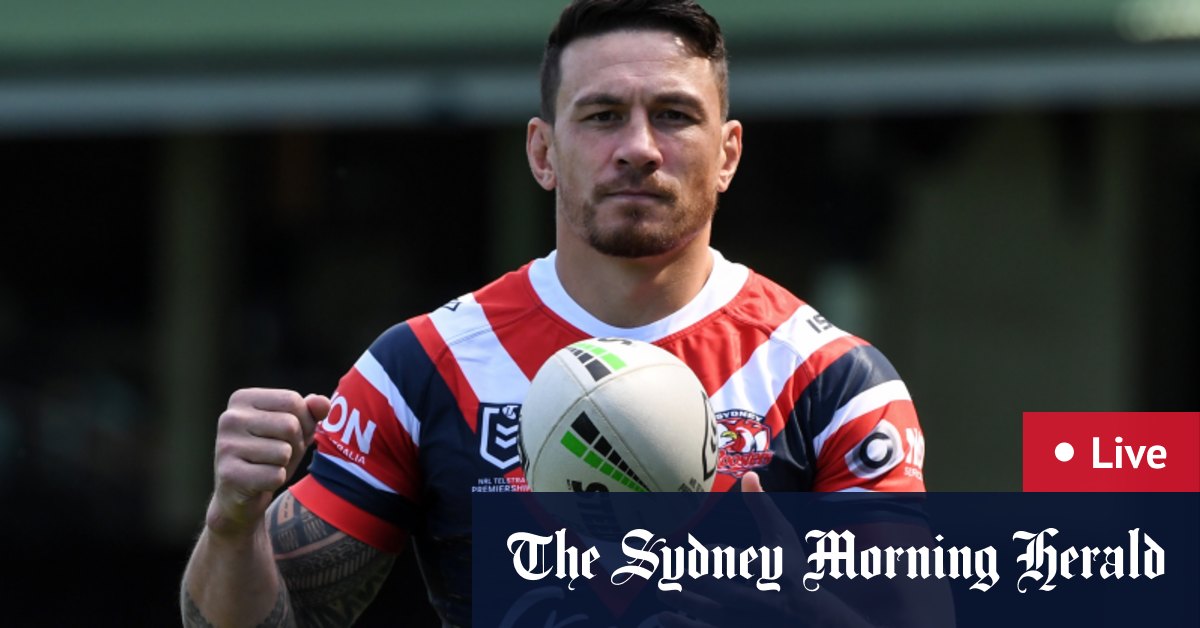 That’s poor from the Raiders. They got the penalty, failed to find touch from the kick, Semi Valemei with the error and Tedesco goes over a few tackles later. James Tedesco the man, as he often is, and the Tricolours strike first. Flanagan adds the two and it’s 6-0 lead to the champs.

That’s George, in case you were wondering. He’s the Canberra halfback. SBW cooling his heels on the bench but no doubt we will hear his thoughts through the broadcast any moment. Roosters with a good bit of real estate early but Canberra’s defence pretty solid.

The speedster Josh Papaali takes the first carry. No sign of SBW yet. More news as it comes to hand.

if that suits everyone. Just checking. I’ve actually tipped the Raiders here, reckon this is made for a Ricky Stuart seige mentality special.

Bit of mail if you weren’t aware but some suggestion Sonny Bill Williams is playing for the Roosters tonight. Also hearing the Canberra Raiders will be involved in some capacity.

Yes, it’s THAT Sonny Bill Williams, the one that beat ‘The White Buffalo’ Frans Botha in 2013 in Brisbane.