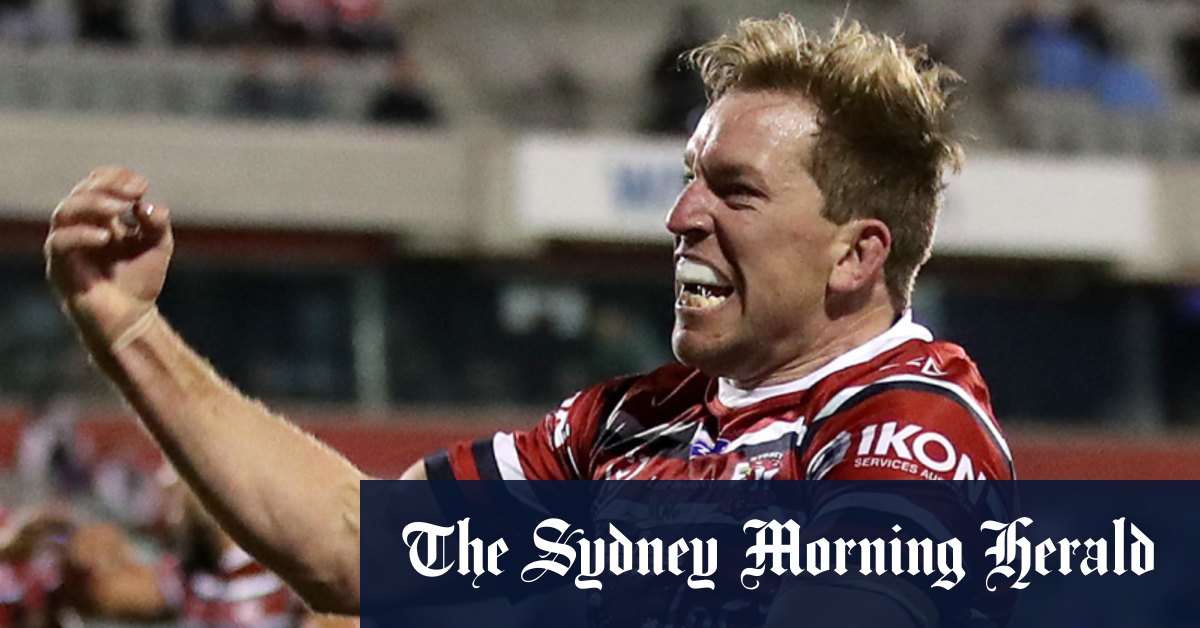 The Roosters still have a 16-10 lead but they’re far from home and hosed at WIN Stadium.

There’s 20 minutes left to play and the Dragons remain right in the contest.

Who’d be an NRL fullback?

Taking punishment like this is why the men wearing No. 1 are often on the biggest of bucks.

Adam Clune has nailed a 40-20 and the Dragons are on the attack.

Sitili Tupouniua is in and the Roosters are back in front.

Sleight of hand from Luke Keary created space for Ryan Hall down the right wing and the English international charged clear.

He was dragged down by desperate Dragons but managed to squeeze the ball back to Keary. He found Tupouniua on his left and the rampaging forward wrestled the ball down.

We’re back underway at WIN Stadium.

Phil Gould reckons the Dragons are on top after 40 minutes.

Can they cause the upset of the weekend on a Thursday night?

That’s half time at WIN Stadium.

We have one hell of a game on our hands. Tries to Joey Manu and Mitchell Aubusson had the Roosters poised to run away with it but Zac Lomax has nabbed a double to level the score.

Buckle up because the Dragons are in this up to their ears.

A brilliant kick from Tristan Sailor forced a knock on from Ryan Hall and Zac Lomax beat Matt Dufty in the race to the loose ball.

The young gun has a double and after converting his own try, has levelled the score at 10-all.

There’s four to play in the first half.

There are some good signs here for the Dragons.

A well weighted kick and hustle in the chase from Ben Hunt and Zac Lomax forced Ryan Hall back in goal and the home side have a repeat set.

Ryan Hall could be in hot water with the NRL judiciary

He’s the reason Zac Lomax ended up in some discomfort after scoring the Dragons’ first try of the night.