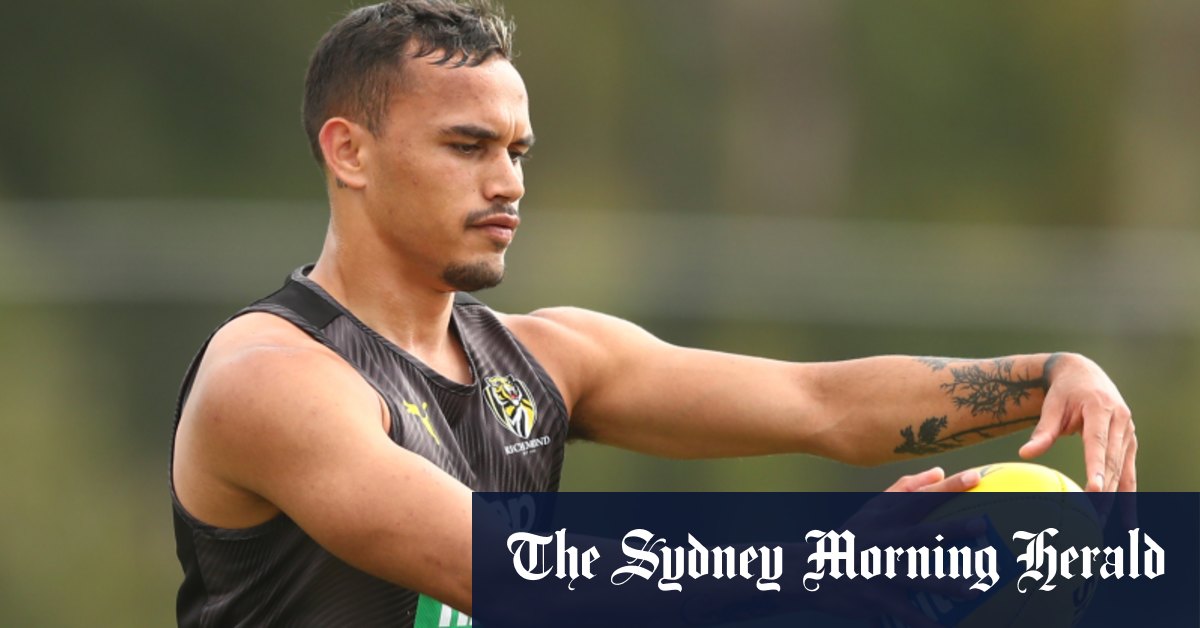 The manager of Sydney Stack says the 21-year-old won’t be paying the fine levied on the Tigers, after the talented defender and his teammate Callum Coleman-Jones breached the AFL’s COVID-19 protocols when they were involved in a fight outside a Gold Coast strip club early Friday morning.

The Tigers said the duo would be responsible for paying $75,000 of the $100,000 fine in a statement on Friday, but Paul Peos, who manages Stack, said the rules were clear when the players agreed to a pay cut to continue the season and that a fine of $37,500 would exceed 50 per cent of his client’s annual income in 2020.

When asked if Stack would be paying the fine, Peos’s response was direct.

Peos said his immediate concern was ensuring that Stack had the right support when he returned to Melbourne after the whirlwind of events that occurred in the past 24 hours.

He said Stack would not be seeking any sympathy but it would be a difficult period for him when he is separated from the team and gravity of what had happened became apparent.

“Sydney is pretty good at owning the consequences of his own actions,” Peos said.

The AFL has ordered the pair out of Queensland, suspended them for 10 AFL matches and imposed a $100,000 fine on Richmond, with $75,000 in relation to this breach and $25,000 due to a suspended fine levied on the club for an earlier breach after captain Trent Cotchin’s wife breached regulations.

In a statement on Friday, Richmond said the pair would pay the $75,000 with a furious club CEO Brendon Gale saying Stack and Coleman-Jones would be held responsible. The Tigers also lost $100,000 from their soft cap, potentially putting jobs in the club’s football department in jeopardy.

However the AFLPA, who had a representative sit in via Zoom when the AFL’s integrity team interviewed the pair who were isolating in their hotel room on the Gold Coast, said the club could not unilaterally make that decision.

They said the 10-match suspension would see the pair lose income from match payments so it was not appropriate to penalise them twice.

Players’ Association boss Paul Marsh and Gale were expected to discuss the matter further to determine whether a compromise could be reached with the Tigers aware that any fine they pay is a cost to members.

Marsh told 3AW on Saturday that Stack and Coleman-Jones had received the maximum penalty possible under the protocols agreed between the Players’ Association and the AFL.

He said the Players’ Association’s position on the fine did not mean they condoned what had happened.

Although the PA said the players were entitled to refuse the club’s request based on the agreement around the AFL protocols, the players may have breached contractual requirements by being out intoxicated at 3:30am.

The PA’s head of legal and player affairs James Gallagher said there was an agreement in place with the league to protect players.

“Under the code of conduct agreed between the AFL and the AFLPA, when the AFL sanctions a player for a breach of AFL rules, a club cannot also impose a sanction on the player,” Gallagher said.

The players are contracted until the end of 2021 and Gale said Richmond would stick by them.

Peter Ryan is a sports reporter with The Age covering AFL, horse racing and other sports.