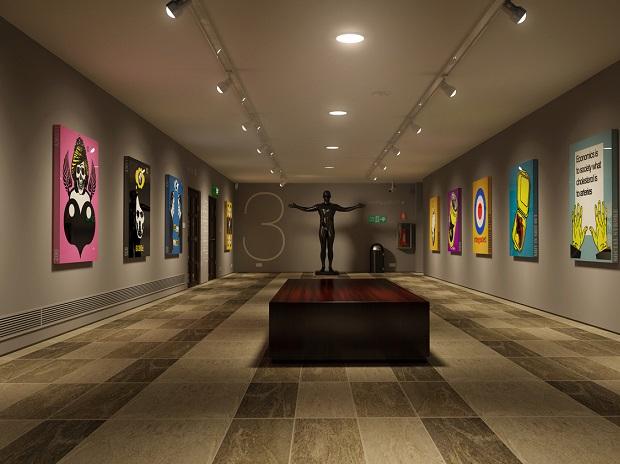 A New York startup that allows investors to buy a tiny stake in paintings by world-class artists for just $20 has seen a surge in demand during the pandemic, according to its founder, and has bought 15 artworks since the onset of Covid-19 to feed their appetite. A recent $1.52 million initial public offering of a piece by the American graffiti artist KAWS sold out in a few hours.

“People feel that equity markets are overvalued and they are looking for other places to put money,” said Scott Lynn, a collector who started the company, Masterworks, in 2017.

Masterworks is at the forefront of a burgeoning niche in fractional ownership in luxury assets such as fine art, collectibles, vintage cars and even race horses such as Authentic, the winner of the Kentucky Derby Saturday. The startups offer the shares as an affordable way to invest in expensive, rarefied fields that are typically available only to the mega-rich.

Think of it as the art market’s version of the popular trading platform Robinhood Markets, which lets users buy a fraction of a company’s share for a few dollars. It mirrors the democratization movement unfolding in the stock market — except that the assets are inherently more risky and lacking of a track record. Auctions are filled with casualties, and even works by star artists can implode once prices get overheated.

The concept of fractional ownership isn’t new in the art market — or for thoroughbreds. It’s a buyer-beware investment: Robinhood itself is under pressure after complaints from novice investors and is facing a U.S. regulatory probe. But the pandemic has heightened the taste for those risky bets. It’s about the experience and the excitement of owning a part of something unique — even as many will likely take a loss.

“Folks are stuck in the house, bored, and, if they’re lucky enough to be working, aren’t spending money on things they normally would,” said David Ritter, an analyst with Bloomberg Intelligence. “So, they have money to play with.”

James Scollick, 40, an avid user of Robinhood from Los Angeles, discovered Masterworks on Instagram in July and invested $10,000 two weeks later. Half of that went into buying shares of a Condo painting and the rest into secondary-market shares for Banksy’s “Mona Lisa.”

“It felt like a natural way to invest some of my money,” he said.

Masterworks has been luring about 10,000 new users a month during the pandemic, founder Lynn said, and it isn’t alone. Acquicent, a company founded last year to develop a trading platform for fractional-share owners of classic cars, saw an 80% jump in the number of potential investors in the past three months, according to Anthony Citrano, founder and chief executive officer.

“It’s an asset class that 99.9% of people could not touch ordinarily,” he said. “As far as people interested in investing, it’s very hot right now.”

At MyRacehorse, the number of investors has tripled since April, according to founder Michael Behrens. More than 12,000 investors watched a race at Santa Anita Park in California on Zoom recently, some wearing #myracehorsewins T-shirts and hats. In June, the two-year-old company bought a 12.5% stake in Authentic, a colt trained by twice-Triple Crown winner Bob Baffert, in a deal that valued the racehorse at $15 million.

“You have to go into it understanding that it’s not a traditional investment,” Behrens said. “We encourage people to embrace the experiential part of it.”

Otis, a one-year-old firm offering emerging art and collectibles such as sneakers and comic books, is also seeing an increase in demand. Of the 35 pieces it owns, 20 were purchased since March, according to founder Michael Karnjanaprakorn. Shares go for as low as $10. The most expensive offering was a $425,000 painting by Banksy.

“Maybe two years ago this seemed like a very stupid idea,” Karnjanaprakorn said. “People were like, ‘Why would you do that?’ Now it’s a real thing.”

The fractional-ownership companies have different business models, but most file documents with the U.S. Securities and Exchange Commission and host initial public offerings similar to new equity issues. At Masterworks, there’s a secondary exchange market for those interested in quicker returns by trading shares.

In recent months, Masterworks has emerged as an active buyer of works under $5 million even as deals in the broader art market slowed down. The startup acquired 15 artworks for $31.8 million since March 17, compared with five in the previous two years, according to founder Lynn, who added he plans to spend more than $100 million on art this year.

Masterworks buys at auctions or through private sales, planning to hold onto the works for as many as seven years. The company charges a 1.5% annual management fee and takes 20% of the profit when the pieces eventually sell. To keep up with demand, Lynn more than doubled his staff to 40 people since March.

User Aaron Shumaker, 37, has spent more than $200,000 on shares of six artworks at Masterworks in the past year, including by Andy Warhol, Jean-Michel Basquiat and Yayoi Kusama.

“I don’t think I’d feel so comfortable to have one of these works displayed on my wall,” said the Washington, D.C.-based entrepreneur, who hasn’t laid eyes on any of his holdings. “That seems like a lot of risk.”

Instead, he’s happy for Masterworks to store them in a facility with proper security, climate control and insurance, while he hopes to make a financial return on his investment.

The sobering reality is that most art doesn’t go up in value.

“Even great, great artists become overvalued to the rest of the market,” said Jeffrey Deitch, who co-founded an art-advisory service for Citibank in 1979 and has championed street art as a gallery owner and museum director. “There were times when I bought works of art, when I was convinced it would be a great score, and I barely got out alive.”