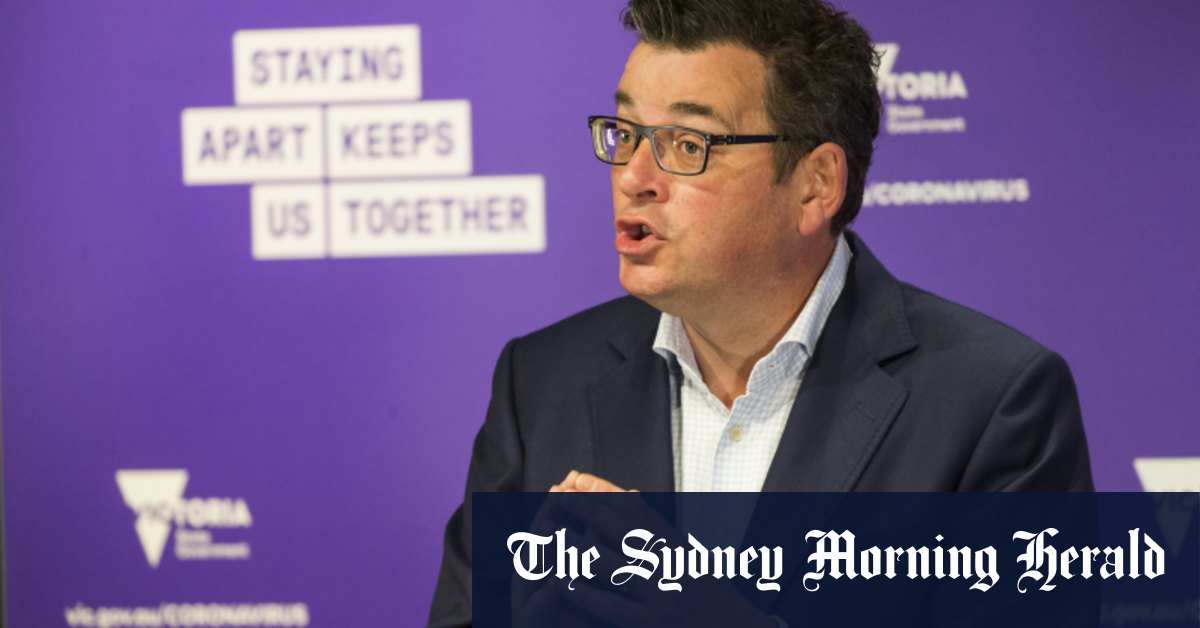 Victoria has recorded more than 100 new COVID-19 cases after the daily figure fell to double digits earlier in the week.

The state has 113 new cases and 15 more Victorians have died, bringing the state’s death toll to 591.

On Thursday morning it emerged that Melbourne’s tough stage four lockdown would likely be extended by a fortnight before restrictions are eased more significantly on September 28.

The details were contained in a blueprint leaked to the Herald Sun that the state government said was an “outdated draft”.

Under the draft plan, Melbourne’s 8pm curfew would remain in place for an additional two weeks along with strict business restrictions and limits on residents’ travel.

“We know every Victorian wants certainty about the future – for them, for their family and for their work. By the end of the week, we will lay out a plan to reopen our state,” an Andrews government spokesman said on Thursday morning.

Similar leaks ahead of the introduction of stage four restrictions were also not completely accurate.

Business leaders have said the draft document bears no resemblance to the plans they are working on with the state government.

Paul Guerra from the Victorian Chamber of Commerce said business leaders have been working with the Andrews government over the past week to develop new guidelines for easing restrictions.

“We’ve been broken up into about 10 different sector groups covering pretty much all of industry across the state – that’s the work that’s being done, it has not been finalised yet and it bears no resemblance to what was reported today,” he told ABC radio.

On Wednesday night, the Victorian Health Department announced it was investigating 10 new cases of COVID-19 in the Colac region of western Victoria, including a staff member at the Bulla dairy factory.

“We are currently investigating 10 new positive cases of COVID-19 in the Colac region,” the department said in a tweet.

“A staff member from the Bulla Family Dairy team in Colac is among those who have tested positive. Barwon Health’s contact tracing team is working to determine all potential close contacts.”

There were 12 active cases in Colac as of Wednesday afternoon, one more case than Tuesday.

Of all active cases in Victoria, 125 are in regional local government areas under stage three lockdown rules.

The state government is set to announce two different plans for reopening on Sunday with regional areas to ease restrictions more quickly than metropolitan Melbourne.

Our weekly newsletter will deliver expert analysis of the race to the White House from our US correspondent Matthew Knott. Coming soon. Sign up now for The Sydney Morning Herald‘s newsletter here, The Age‘s here, Brisbane Times‘ here and WAtoday‘s here.

Paul is a reporter for The Age.